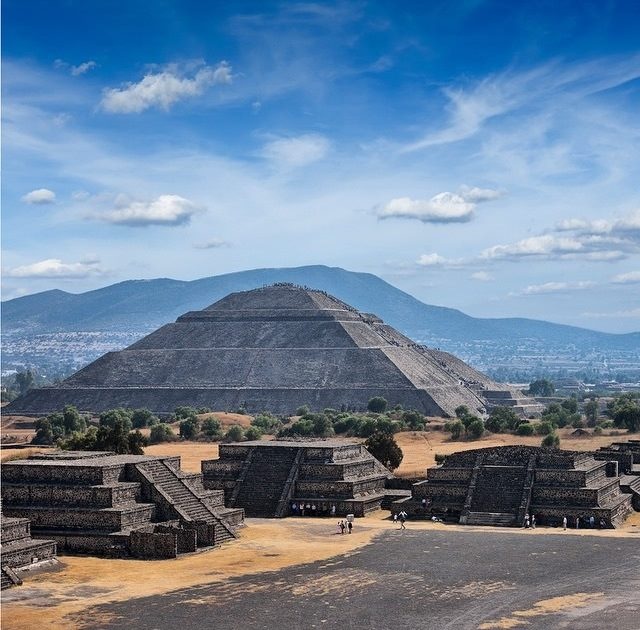 The City of the Dead, Teotihuacan. Mexico

I AM REALLY A SMART PERSON 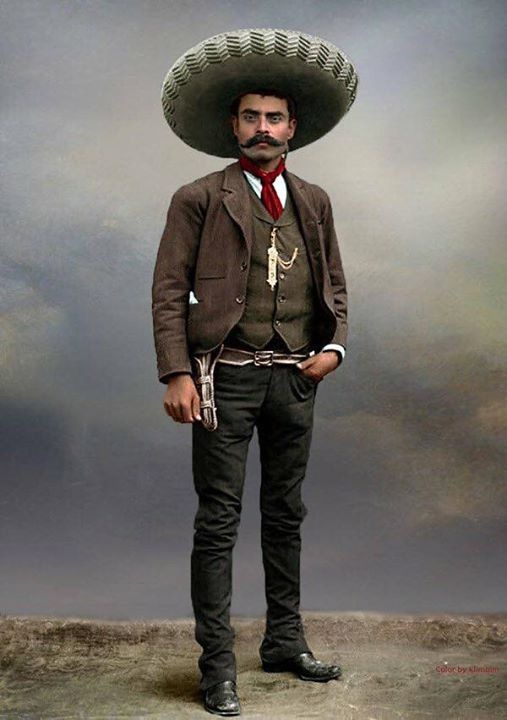 Mexican hero. Zapata. His ghost will haunt Trump in the years to come.

Donald was an energetic, assertive child, and his parents sent him to the New York Military Academy at age 13, hoping the discipline of the school would channel his energy in a positive manner.

He spent two years at Fordham University. Fordham was merely a stepping stone. After two years, he transferred to the University of Pennsylvania. The New York businessman rarely talks about this school. Since he matriculated and didn’t earn his degree, most of us (graduates) don’t even acknowledge him being at Fordham. Trump “doesn’t really represent [Fordham’s Jesuit] values” and that it’s hard to defend him, but campus republicans would still support Trump in the general election.

Trump has a bachelor’s degree in economics from Wharton, the business school of the University of Pennsylvania, a private Ivy League university located in Philadelphia, Pennsylvania. Many have speculated that his father’s prestigious status played a major part in Trump’s acceptance into the university, and a reference from a friend of his brother. No journalist has been able to find any evidence that confirms Trump’s class standing. The commencement program from 1968 does not list Trump as having graduated with honors of any kind. “He was not first in the class. He was not known on campus for any reason at all.” Trump was rarely seen on campus on weekends, he was not involved in activities, and his picture does not appear in the school’s yearbook. Trump himself states that, in his opinion, a degree from Wharton “doesn’t prove very much.” During his years at college, Trump secured education deferments for the Vietnam War draft and ultimately a 1-Y medical deferment after he graduated

As a student, Trump worked with his father during the summer and then joined his father’s company, Elizabeth Trump & Son, after graduation from college.

Protests in Mexico against the results of the economic pressures: raise of gas price at the pump. 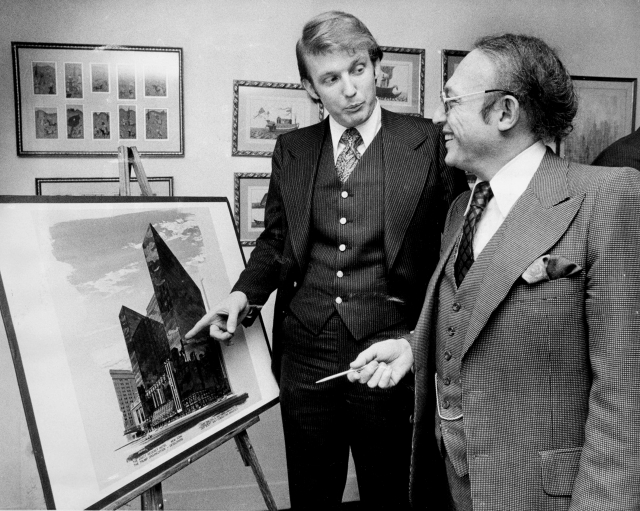 In 1971, Donald Trump was given control of the company, which he later renamed the Trump Organization. He wanted to create unique buildings that people would talk about and admire, and he wanted to place his name on these buildings. He thrived on conflict and the ultimate challenge, on his best when problems seemed insurmountable to others.

Trump’s business practices were called into question when, in 1973, the federal government filed a complaint against Trump, his father and their company alleging that they had discriminated against tenants and potential tenants based on their race, a violation of the Fair Housing Act, which is part of the Civil Rights Act of 1968. After a lengthy legal battle, the case was settled in 1975. As part of the agreement, the Trump company had to train employees about the Fair Housing Act and inform the community about its fair housing practices.

It was in 1990, however, that the real estate market declined, reducing the value of and income from Trump’s empire. The Trump Organization required a massive infusion of loans to keep it from collapsing, a situation which raised questions as to whether the corporation could survive bankruptcy. He was forced to appoint a chief financial officer, live on a budget, and standardize operations. In return, Trump was offered a bailout that lowered or suspended his debt interest and, in essence, allowed him to retain most of his valuable assets, namely, his casinos, the rail yards, his residences, and partial interest in the Plaza Hotel. 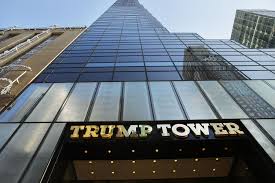 The new seat of the American government.

Donald Trump eventually managed to climb back from a reported deficit of nearly $900 million, claiming to have reached a zenith of more than $2 billion. However, independent sources again questioned his math, estimating his worth at something closer to $500 million by 1997. 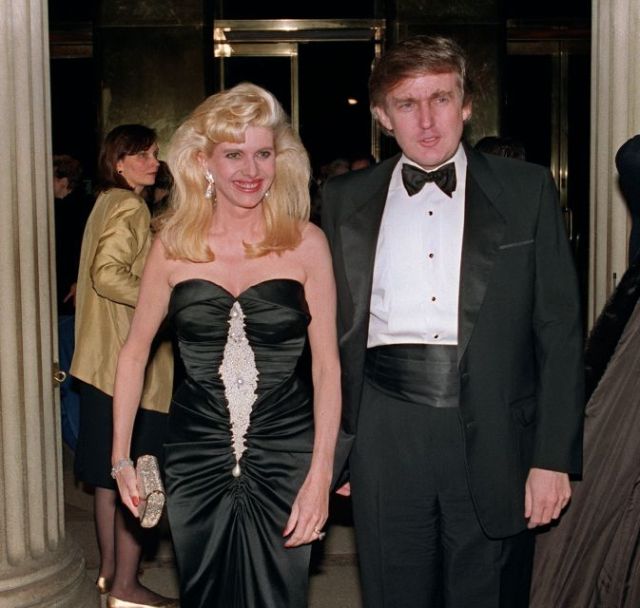 In 2000, Trump construction made headlines again when a state court of appeal ruled that he had the right to finish an 856-foot-tall condominium. The Coalition for Responsible Development had sued the city, charging it was violating zoning laws by letting the building reach heights that towered over everything in the neighborhood.

On October 7, 1999, Trump announced the formation of an exploratory committee to inform his decision whether or not to seek the Reform Party’s nomination for the presidential race of 2000. However, after a poor showing during the California primary, Trump withdrew his candidacy.

With his lover, Marla Maples

In 2004 Trump took advantage of his high-profile persona when he began producing and starring in the NBC reality series The Apprentice, in which contestants competed for a management position within the Trump Organization.

(The annual Miss USA and Miss Universe Pageants, were already part of a joint venture between NBC and Trump. He was caught on tape uttering derisive comments about contestants.) Upon Trump’s announcement to run for president, his scathing, derogatory remarks about Mexicans and immigration caused NBC to sever business ties with him. Trump was unapologetic and defiant, filing a $500 million dollar lawsuit against the company, with his daughter advocating in the media on his behalf.

In 2005, Trump launched his for-profit Trump University offering classes in real estate and acquiring and managing wealth. The venture had been under scrutiny almost since its inception and at the time of his presidential bid, it remained the subject of multiple law suits fraud, false advertising and breach of contract. Trump finally settled with the 6,000 victims for USD 25 million after his election for president.

His public image affected by his odd behaviour, his  appearance and of course, his hair.

Beginning in early 2011, Trump expressed doubts about the validity of Obama’s birth country to media outlets. To quell the staunch outcry from birtherists, Obama eventually released his birth certificate in April 2011, verifying that he was born in the United States. In the years since, Trump continued to question the president’s birthplace through his 2012 re-election. In 2013, Trump tweeted that a Hawaiian State Health Director, who died of cardiac arrhythmia following a plane crash, was somehow connected to a cover-up of the president’s birth certificate.

In 2016, as he began to clinch his own nomination as the GOP candidate for president, Trump toned down his stance, telling CNN, “I have my own theory on Obama. Someday I will write a book.” Trump also blamed his presidential rival, Hillary Clinton, on the matter: “Hillary Clinton and her campaign of 2008 started the birther controversy. I finished it.” 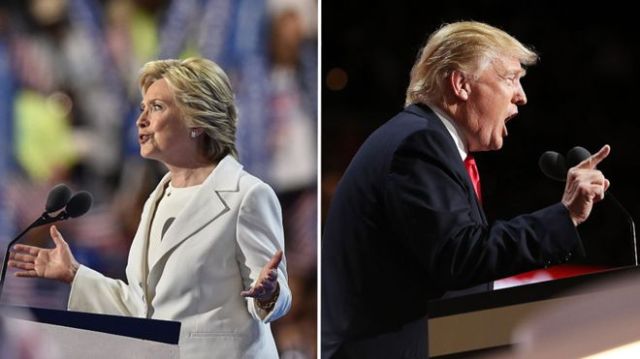 On July 18, 2015, calling out Senator and one-time Republican presidential nominee John McCain reputation as a military hero. “He’s not a war hero. He’s a war hero because he was captured. I like people who weren’t captured.”

After a Fox News presidential debate in early August, Trump made highly insulting remarks about moderator Megyn Kelly for the nature of her questions, and was hence disinvited from an Atlanta speaking engagement.

Despite ongoing criticisms and controversies, including his proposal to ban the immigration of Muslims to the United States, an apparent endorsement of waterboarding, and widespread protests at his political rallies, several of which had turned violent, he became the main GOP candidate, pulling in the support of 1,238 delegates, slightly above the 1,237 delegate count needed to secure the nomination. In August 2016, he confirmed that he would not release his tax returns before the November election.

Elected at age 70, he is the oldest and wealthiest person to assume the presidency, the first without prior military or governmental service, and the fifth elected with less than a plurality of the national popular vote. “I will be the greatest jobs president that God ever created.”

Compiled from various articles on the Internet including Wikipedia; Heavy.com; Biography.com; The Washington Post; Encyclopedia.com.

My name is Johanna van Zanten. I am a baby boomer, interested in writing and connecting with other writers and readers to engage in discussions and information sharing, to share a point of view about current global issues, writing, and publishing, diversity, immigration, travel, music, life, specific baby boomer issues, and dating/relationship issues. I have written a novella, ON THIN ICE about baby-boomer Adrienne and will link this blog with the information website for this novella. Right now, I am trying out the blog.
View all posts by BABYBOOMER johanna van zanten →
This entry was posted in Babyboomer, Diversity issues, elections, Exercise; old age; aging gracefully; yoga practice ; wholesome life, Global immigration, International politics, latest news items, Mexican life, religion, righteousness, The truth, Trump, Uncategorized, world issues. Bookmark the permalink.

Memoirs of a Wannabe World Traveller

“The world is a book and those who do not travel read only one page.” – St. Augustine

Travelling around the world

Musings and books from a grunty overthinker

A place where books and imaginations spring into life

Hey Did You Know I Write Books

The Biggest Modern Writer in the World

because anything is possible with Charisma