IN QUEBEC WOMEN MUST MARRY TO GET EVEN

IN QUEBEC WOMEN MUST MARRY TO GET EVEN 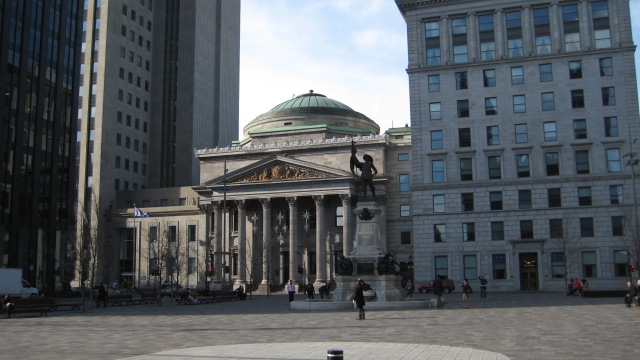 The highest court in Canada, the Supreme Court, has determined that the provincial civil laws in Quebec can make a difference between married and common-law relationships, the big differences the right to spousal support and the division of common assets acquired within the relationship.

In Quebec, the largest proportion of couples live in common law relationships, relative to the rest of Canadian provinces and the world. Quebec is generally considered a liberal province in many ways and characterized as a social laboratory by many social scientists. Quebec is the second largest province in Canada with 7.9 million residents with 23.6% of Canada’s population

Is this the end of equality for women in relationships? Is this decision related to the identity of Quebeckers who have adhered to civil laws dating back to Napoleonic times, with a large part of the residents predominantly members of the Roman Catholic religion, with the prescription for marriage as the only allowable bond between people if they want to avoid “living in sin”? Many new residents with other religions have settled lately in Quebec, with more even more traditional roles for men and women.
In spite of this identity, the numbers do not jive with the practice and the demographics. Of all Canadian couples, 17 % does not bother getting married. In Quebec that is up to roughly a third of couples (38%). In Quebec, 60% of children are born to unmarried couples (www.lawdiva.com)

Or is this 4-5 decision by the justices of the Supreme Court motivated by other factors?

The Supreme Court of Canada stated that the Quebec civil laws were not discriminatory and preserved the right of its citizens to exercise their choice and that the status of common law is a choice and should be respected.

After long battles and threats by Quebec to divorce itself from the Canadian nation, acknowledgement was achieved by Canada’s federal government and the general public in Canada that Quebec is a separate and unique society. This might have something to do with the Supreme Court’s decision as well. Hands-off here, said the highest court, in a manner of sorts.

Also significant in my view is that the judges that were for leaving Quebec’s Civil law stand were male (5) and those that found it discriminatory (4) were female. Enough said!

For those unaware of Canadian politics, a long standing battle has been waged since Canada’s inception between the French speaking and Anglophone populations, and nowhere more fervently and passionately waged as in Quebec. It has its own immigration laws as well, while other provinces don’t and immigration is considered under federal jurisdiction.

Ironically, this case brought forward as a challenge under the Charter of Rights and Freedoms is not really about a woman and her children’s need of funds for subsistence, although it severely will affect mostly women and their children’s financial security in the future, especially those with low incomes.

This particular case concerned a billionaire husband married to a much younger woman from the entertainment industry who have been for some time engaged in divorce proceedings. She objected to the proposed amounts for child maintenance and demanded for her and their 3 children the same standard of living to continue, with $56,000 a month as child support payments and a 5-million payout. She strongly objected to be shoved aside with less (and apparently had the funds to bankroll her lawyers through the process of divorce). The juicy bits are that she still lives in a 2.4 million dollar home she can keep, drives a Lexus, received $34,000 child support a month, has all her travel, her care, house maintenance costs and a driver paid for by her ex spouse until perpetuity. Maybe the judges just did not like this gold digger?

In most provinces in Canada as the family law stands now, a common law relationship is considered equal in all ways after a certain time frame of cohabitation has passed (generally two years). The division of the assets that were accumulated by the couple within the time they maintained their relationship until their separation, is generally considered as the fifty-fifty split: equally divided between the partners.

Child maintenance payments are based on minimum payments as laid out in federal government recommendations through a list of incomes with their concomitant child maintenance payments. The specific amounts are also related to the parenting time and custody arrangements between the parents.
In addition, if a spouse has no means to earn an income after the divorce, she/he as well has the right to support payments for a reasonable period until she/she is capable to earn a living again.

About choice: Many couples do not know about the consequences of their decisions when they first form their bond, when in love… Living together seems natural and the thought of their love possibly ending does not come up in most minds at the time of pair bonding. Many Canadian couples do not bother getting married, have kids anyway, and maybe will at some point consider getting married.

I am not sure how Quebec’s so-called civil unions fare in this view of the law and whether those laws and regulations are as strong as the marriage laws. This has to be taken through the court yet. My guess is that any partner could get out of a civil union contract by challenging it and comparing it to marriage laws and common law. Now that common-law has been stricken down as unequal to marriage, who knows where civil unions will end up?

What is your view on this?

Should we take the view that women are emancipated and should be able to make a choice whether to get married or not? That they can make a choice for or against marriage?

Or will this mean a return to Jane Austen days, where women hope to be asked their hand in marriage, and will manipulate and cajole the potential candidates and lovers to put that ring on their finger, so they might be financially secure, especially when they have children to raise?

My name is Johanna van Zanten. I am a baby boomer, interested in writing and connecting with other writers and readers to engage in discussions and information sharing, to share a point of view about current global issues, writing, and publishing, diversity, immigration, travel, music, life, specific baby boomer issues, and dating/relationship issues. I have written a novella, ON THIN ICE about baby-boomer Adrienne and will link this blog with the information website for this novella. Right now, I am trying out the blog.
View all posts by BABYBOOMER johanna van zanten →
This entry was posted in Dating, Diversity issues, International politics, latest news items, Quebec, religion, women's issues; torture of women, world issues and tagged Canadian law, civil laws, common law relationship, discrimination of women, divorce law, inequity for women, living together, pair bonding, prenuptial agreements, Quebec, women's issues, women's status in Quebec. Bookmark the permalink.

2 Responses to IN QUEBEC WOMEN MUST MARRY TO GET EVEN

Memoirs of a Wannabe World Traveller

“The world is a book and those who do not travel read only one page.” – St. Augustine

Travelling around the world

Musings and books from a grunty overthinker

A place where books and imaginations spring into life

Hey Did You Know I Write Books

The Biggest Modern Writer in the World

Boomerrantz
A new KURTBRINDLEY.COM website is coming soon. Subscribe to the newsletter to stay current with the upcoming release
Don Charisma

because anything is possible with Charisma